If you ever tried to move a model from Blender into 3DS Max, either due of specific Blender toolsets being more user friendly or better, you might find that using the Blender FBX exporter will lead into a lot of issues unless you play around with the settings each time you try to import a file. One such issue might occur when you try to import a FBX from Blender and leave the “Convert bones into dummies” option on:

You might try to export the model into a DAE/COLLADA format, since it is an ISO/PAS 17506:2012 standard, but you’ll be met with the same exact results, on top of more issues and ton of warnings: 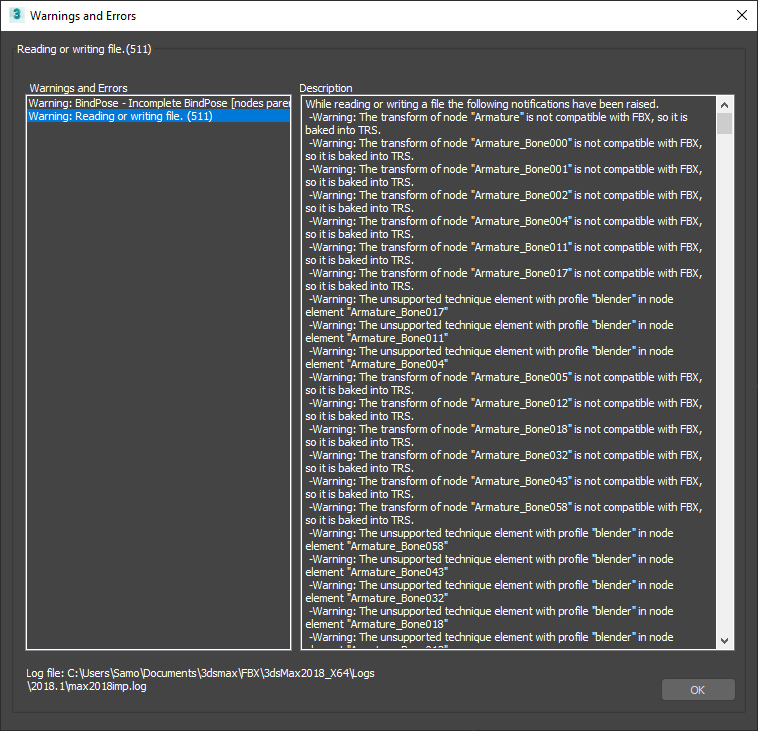 You might be asking yourself, why’s that? Open the import dialog again and look at the “Files of type” dropdown. You’ll see that its using Autodesk’s implementation of COLLADA. 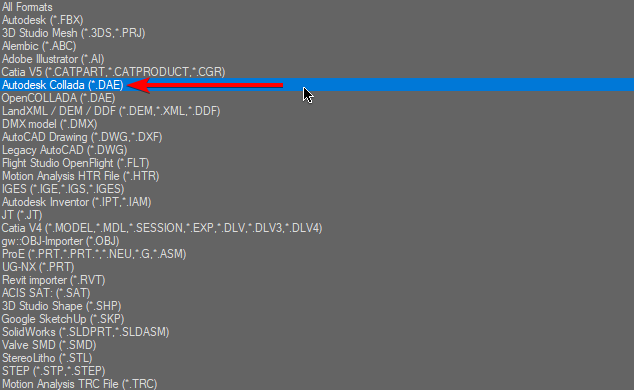 You might get away with using Alembic, but if your mesh is skinned/rigged, it will not export that.

COLLADAMax and COLLADAMaya are new implementation of a 3ds Max or Maya plug-ins to export scene or parts of it to a COLLADA file, released under an MIT-license.

In contrast to other existing COLLADA exporters, these new plug-ins do not store the COLLADA document in an intermidiate data model but writes it directly to file. This leads to a dramatic reduction of memory consumption and to much better performance.

Unfortunately, it only supports 3DS Max versions up to 2018.

When we import the same file with the OpenCOLLADA plugin, we’ll instantly see different results: 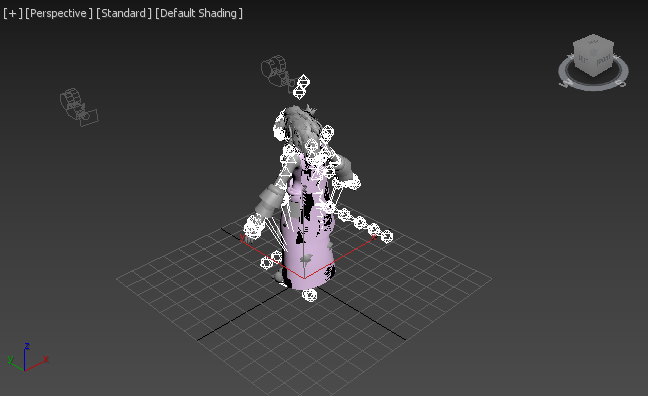 Unfortunately, KhronosGroup’s S3 bucket containing the builds no longer exists, so your only option is to build it yourself or use archive.org to download the compiled builds.

Follow the instructions in the Zip file how to install the plugin.

When importing/exporting, make sure you select the OpenCOLLADA format, as opening a DAE file will default to Autodesk COLLADA. 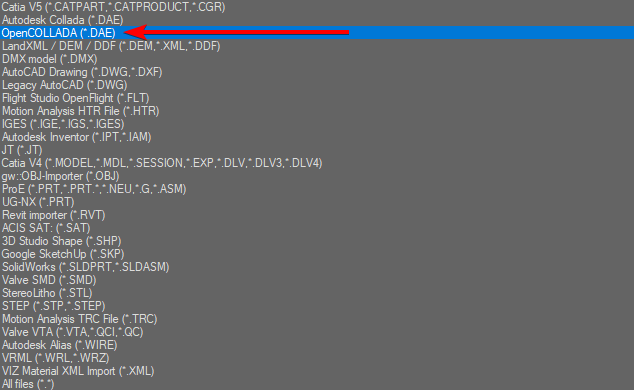 To see how to compile it yourself, please check the BUILD text file for instructions.

Due of the compilation process being fairly simple, I will not document how to do it. In a nutshell, you only open the COLLADAMax VS Solution and compile it.

Obtaining the SDK and dependencies

To obtain the 3DS Max SDK for your version, run the setup for 3DS Max and go to the Tools and Utilities menu, where it will be available for downlad.